Retirement – How Will You Live Yours?

Retirement then and now

Let’s stop here and think about the concept of “retirement” for a minute and how it’s changed. In the 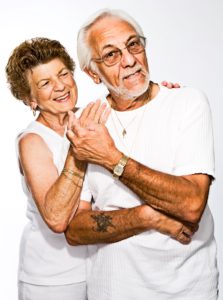 history of man retirement is relatively new. Unless you were considered royalty or someone wealthy and important there was a time when the idea that a physically able person would stop working and enter a life of leisure was unthinkable. You worked as long as you could, then deteriorated quite quickly and then died. Because of the way things were most of the time people were able to sustain themselves financially until their end of life.

When it comes to retirement and many other things that we now have in the developed countries it’s still not the norm globally. For a lot of the world retirement is still only a dream. In those places as long as the elderly are able they are still expected to contribute something to the community.

Retiring to enjoy life or to struggle

The concept of retirement came about partly because of the industrial revolution and technology. Food production and other things became far less labor-intensive, in turn this reduced the need for the less productive older people to continue to work. Hence they were able to enjoy some time to themselves before they eventually passed away. This is a good concept and one that needs to continue for the elderly.

Is a third of your life to be spent in retirement?

Forward to this generation and a lot of things have changed. Most of the world has continued to progress in many areas and people are living longer than they were when the retirement concept came about.  While things have changed it hasn’t come without its problems. Many people are finding that they don’t have enough to sustain them financially and are struggling sometimes for years before they die. When you consider that you could spend a quarter or even a third of your life in your retirement years without adequate income it is quite alarming.

Will you be prepared for a long retirement?

More aging people than we can imagine have to be asking “what’s to become of me”.  As the cost of living always increases and income doesn’t something always has to give. Often people have to forfeit their possessions and their homes, and they can’t afford the cost of rent and utilities with the regular increases.  More people are forced to find other ways to survive, some with the help of family if they are fortunate enough, even though it’s not always the best situation for either side no matter how well you get along.  Considering food and shelter are the minimum we all need, still many are forced to live on the streets and many of these are older people. These days more people are living in their car, van, or camper if they are fortunate enough to have one. The golden years are looking pretty tarnished for too many seniors. Many are unable to live their retirement dream or anything close to it.

When you retire a second income could really count

To the young, old age and retirement are so far off that they don’t even want to think about it never mind plan for it. But the truth is it comes around way too soon, that’s when you wish you had been better prepared. Finding a way to create additional income is something everyone should seriously think about.  Whether it’s to do some type of part time work for someone else, learning something new and  using what you learn or skills you already have that you can turn into cash.

Will working online be your choice?

A lot of people go online to make extra income, one of the big benefits is that it can be done from home, and usually in their own time day or night, depending what they choose.

If you’re working for someone else it can be more restrictive than creating your own business. Things have changed a lot online over the last 10 years. Yes, it’s competitive still and you do have to be careful as you can end up following the advice of the wrong people which will cost you time and more money.

Today there are some great tools that don’t require the technical ability that you once needed. There are also some long established trainings by reputable people. Here’s two that I wish were around when I started online.  I would have saved a fortune and years of work.

Wealthy Affiliate is great for anyone but especially for a beginner that wants to get online, have their own website to promote their own or someone else’s product or services. You can it out for free so you can see if it’s something that’s of interest to you.  This program is well set up, it walks you through everything and has a great support system in place so there’s never any reason to get stuck. Plus everything such as your websites and training research etc is managed in one place.

The other is a very successful marketing tool that is getting more and more popular it’s one that most marketers were waiting for. Whether your an existing business or service or a non profit it’s a great tool. You can also be a total beginner and learn how to use it and build a business it’s all there for you.

You can’t ignore what’s going on, but you can be as prepared as possible to realistically survive your retirement