Is 50 Too Old For A New Lasting Relationship?

It’s never too late to get into a relationship 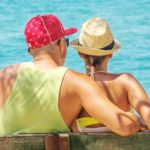 Finding love, companionship or maybe even a great friendship after the age of 50 is certainly possible. Sharing your life with someone special later in life can bring some spark back to your existence. Why cheat yourself of the opportunity to possibly find more happiness with another person?
Thankfully, times have changed! Getting into a relationship after the age of 50 would have been frowned upon years ago, especially for women who would have been considered old maids if they weren’t married at a quite young age, certainly before they were 30.

Views on aging and relationships have changed a lot.

In my grandparents day, when you reached fifty it was considered as quite old.  That same generation would usually never have got divorced, even if they were in a very unhappy marriage. They took to heart the saying, “you made your bed, now you lay in it” regardless of circumstances!  Today’s generation is very different, some seniors divorce even when they are in their 70s and beyond. Many refuse to stay in a relationship that doesn’t work and makes them unhappy. At the same time many others find themselves drawn to a new relationship.

Many have remained single into their 50’s, 60s and 70s by choice

When considering relationships there are a number of situations to consider.  There  are those in their 50s and 60s that have never been married or had a long term committed relationship, but this doesn’t mean that they wouldn’t like to be in a relationship.  Some of them may have been in bad relationships that made them wary about pursuing another. If you ask  most singles why they are not with someone they’ll usually say they just haven’t met the right person for them.  But it doesn’t mean that the right person isn’t still out there.

Life circumstances can get in the way of having relationships

Also beliefs and cultural differences can cause relationship obstacles. Some individuals make the choice to put all their time and efforts into a career path and searching for success, they think they’ll have the relationship they want later, but things don’t always work out the way you plan. There are also those that play the field and don’t want to commit to one person. They think there’s always going to be someone better, that they’ll miss out on if they’re already committed to someone.  They often find they are the ones that missed out because someone better didn’t come along, and they end up alone.

I believe finding a new relationship with someone has so much more to do with a person’s attitude than how many years they have lived. Finding a relationship seems easy for some, they fall in and out of love at the drop of a hat.  Many of these individuals just can’t stand to be alone, so they will find someone, even if it’s the wrong someone.

Many that have been happily married or in a long term relationship when they lose their partner soon realize that they do want to be in another relationship.  Their relationship experience was a good one, they were happy being a part of a couple. They hope to find the same again with someone else. Others that have not found the happiness they hoped in past relationships can often become jaded by their experience.  They are far more cautious or even vow never to get involved with someone again. Some continue to make the same mistakes over and over again by getting into bad relationships with the same type of people.

There are so many single people these days of all ages, and I believe most would love to have that special connection with someone. We all need to belong, be respected and loved, to have that comfort of real companionship.

Finding someone with common interests in life.

My mother was in her mid 50s when my dad died.  She was on her own for a number of years, although after a while she started going out socially with friends. She met a couple of men that she went out with over the years.  One day she met a man who had known my dad, they had worked together, and he had lost his wife.  They started going out together and eventually married.  My mum was 70 years old when they married. They had quite a lot in common so they had many good times together.  They traveled a lot, went to their local club where they liked to dance, and had a number of friends etc.

They were together for 20 years and were married for 18 of those years, until my mother passed away.   Was he the love of her life?  I don’t think he was, as I believe my dad was, and likely it was the same for my mother’s 2nd husband. His first wife was probably the love of his life, they had also had children together.  But the fact is they were good for each other, they were companions and spent their later years caring for each other and lived quite happily together. The chances are if they had not met neither of them would have done the many things they did by being together. Let’s be honest there’s certainly nothing wrong with that!

Why wait when your life is running out?

A friend of mine, when his mother passed away his dad remarried within about 6 months. They were in both in their 80’s and although it seemed a bit rushed some were quite shocked.  The truth was he was very happy with his first wife and their marriage, he enjoyed being married and having a companion. At his age time was running out and he didn’t want to end up alone, so why wait?  He wanted to continue to have a companion and that way of life again, fortunately he found someone that wanted the same thing.

You can also be in a relationship with someone without living together.

When a person has been alone for a long time they can get set in their ways.  This can make living with someone else quite challenging. I know a couple like this. They’re both in their 70’s and have been in and out of their relationship a number of times over the past 8-10 years. They are good together most of the time.

This couple have both been married before they are both very independent and have their own homes. The problems arise every time they go away together for an extended time.  Last year they tried 2 months together in Palm Springs. They came back barely speaking to each other, and this has happened a number of times.  It seems to be a real challenge for them to be together 24/7.  Usually come the end of their trip they can barely stand to be around each other, by the time they get home they’ve usually fallen out and the relationship comes to and end (for a while).

Usually a few months or so pass and then gradually they drift back together again. They always seem to start off going out casually and end up doing the exact same thing over again, maybe not for 2 months but even 1 or 2 weeks it’s hard to handle. It’s become a way of life for these two!

If you want a relationship you have to know what you really want.

You have to get out to meet people. Staying at home on the computer or watching TV is not going to work.
Meeting and finding the right person can happen when you least expect it. Being introduced by someone you know is the best option but you still never know how it will work out. Other options are…

Just keep in mind that certain people spend years online dating and never get to meet a real person. Online is exactly where they do their so called dating with a computer screen. They can lie about who they are and tell you anything as they have no intention of ever actually meeting anyone.

Be very cautious of online dating!

I know of people that found their partner through this means, so it can and does work for some, but there are many others that have had bad experiences.  Don’t be taken in by charlatans! There are lots of scammers just ready to rip you off and wreck your life, so do be very careful.

They usually use other people’s pictures and identity.  These are usually after money they manage to scam even some of the smartest people. These scam artists have no scruples and will do what others wouldn’t even dream of doing. Never give anyone your personal information before you really get to know them, never give money no matter what sad tale they tell you, it’s dangerous and can lead to problems that are difficult to overcome. As the saying goes if it sounds too good to be true then it usually is!

Tags: A new relationship after 50, dating after 50, life changes over 50, realtionships for over 50s, relationships that enhance your life, seniors dating
Previous Post

How To Live A More Fulfilling Life 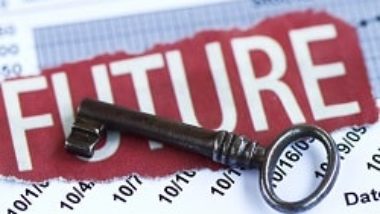 It’s The Time Of Your Life To Invest In You