How To Believe In Yourself

Self Growth No Comments

Don’t doubt the value of believing in yourself 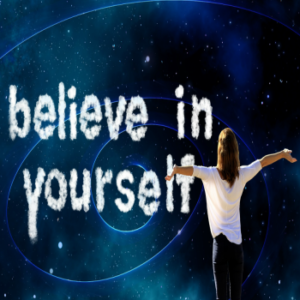 The truth is if you don’t believe in yourself  and your value why should anyone else? We all have capabilities of being stronger and more capable than we think we are. We can learn to be more assertive without being  aggressive, and there is a big difference between the two.

You may wondering what’s the big deal, why is it so important to believe in yourself. The simple answer is that no one else will if you don’t. When you constantly doubt yourself and what you are capable of you are really limiting your chances of success in life.

There are those that do to believe in you to some degree, usually it’s your spouse and family members. However, when times get tough, even family support tends to wane. It’s not that they don’t love and care about you. It’s just that they may have stopped believing in you, maybe because you don’t believe in you. Perhaps you don’t trust yourself.

Keep on believing in you and your dreams

While others may not stop believing in you, for some it does happen, and often enough to cause conflict with loved ones. For instance if a spouse or family member initially give you their support on a new venture you’ve got them interested in, they believe that it should work.   When the venture doesn’t go so well or work out as they believe it should, they start to question whether you should continue with it.

If your belief starts to weaken, you could take on their way of thinking and start to doubt your own capabilities.

The reason beliefs start to weaken is due to a fear of the unknown. When you start a new venture, everyone is excited for you and will tell you to give it your best shot. However, when the prospects of the business become unsure and obstacles arise, that excitement turns to fear.

Believe you can follow through and you will succeed

The truth is the path to success is never in a straight line, there are usually a lot of ups and downs and twists and turns. Having some bumps in the road along the way is perfectly normal. In fact, this is what defines the success of the enterprise, and the people who are taking risks. It’s a part of making progress so should be welcomed and not feared.

The fear of the unknown may start to creep into your psyche. It’s easier to listen to your family and friends when they tell you to quit your venture because it is failing. They will continue down this negative path until you decide to stop. If you do choose to give up on your business or whatever venture, they will often tell you that it just wasn’t meant to be and that starting a business is too difficult.

That is precisely the moment that you need to keep going and shouldn’t stop. People never get ahead by quitting. If you believe in yourself, you would have had the conviction to see it through. You would have the motivation and appropriate guidance to give you strength to surge ahead with your goal.

You could have done all of it while telling your family and friends to have some faith. A firm belief in yourself would give you the courage to stand up to them and create your own success.

Whatever venture you decide to pursue, know that only by forging ahead, will you succeed.  By being persistent and prepared for obstacles to arise along the way, which you will overcome, will you make it work.

Think of Thomas Edison’s contribution to the light bulb. While he did not invent the light bulb (contrary to popular belief), he made ones that lasted longer. Imagine if he decided to quit after he ran into a few stumbling blocks early on.

The same goes for the old story of a gold miner who got fed up of digging with no sign of gold, so he quit and sold his shares to someone else who by digging just a few more feet reached the gold worth a fortune. Often you’re just a few steps away from success so never quit as that could be you!

Believe in you and don’t give up on your dreams!

Taking Care Of Your Aging Dog

Learn How To Build Trust And Confidence from Others